I really like the University of Michigan Solar Car Team student project. It was founded WAY back when I was there in 1989. While I wasn’t on the team, it was a big deal around the engineering campus even back then. It doesn’t hurt that they compete at a world-class level, often winning the American Solar Challenge, and placing in the top 5 at the World Solar Challenge.

Back in 2012, the car was driving either some kind of practice, or returning from a race, but the route took it along Ann Arbor-Saline road, which is right next to our subdivision!

They published approximate times of when it would be where, so I made sure I was out there ready to take some pictures. I only had one chance, and it was traveling around the speed limit if I had to guess (40-45 mph). 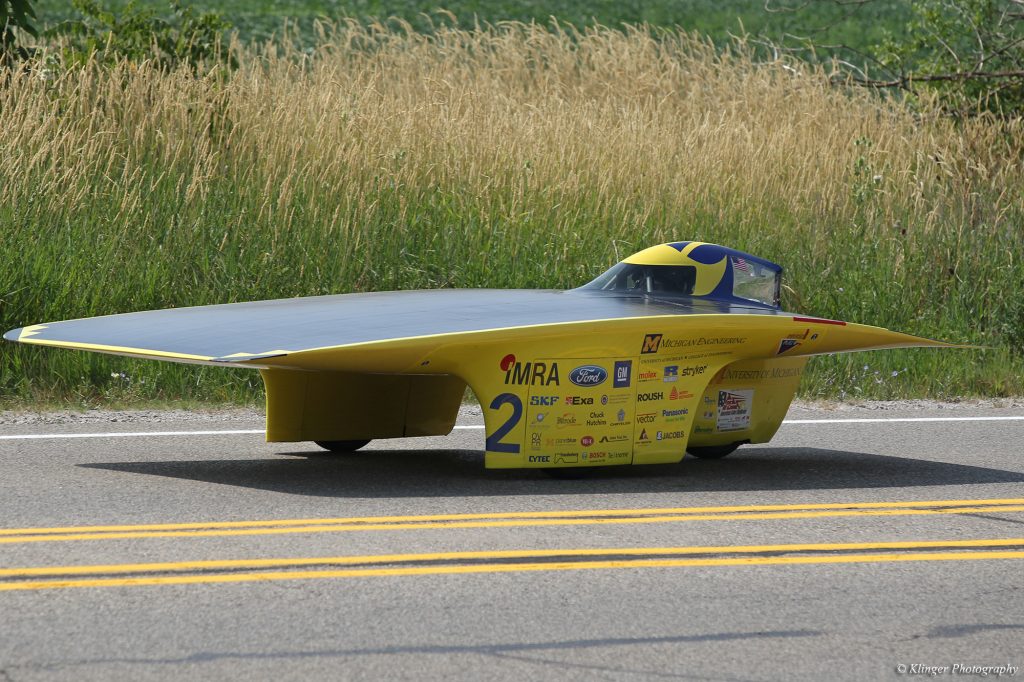 This is the 2012 Quantum UM Solar Car driving by our subdivision. This car and team eventually won the American Solar Challenge that year! Taken July 16th, 2012, at 11:23 am. 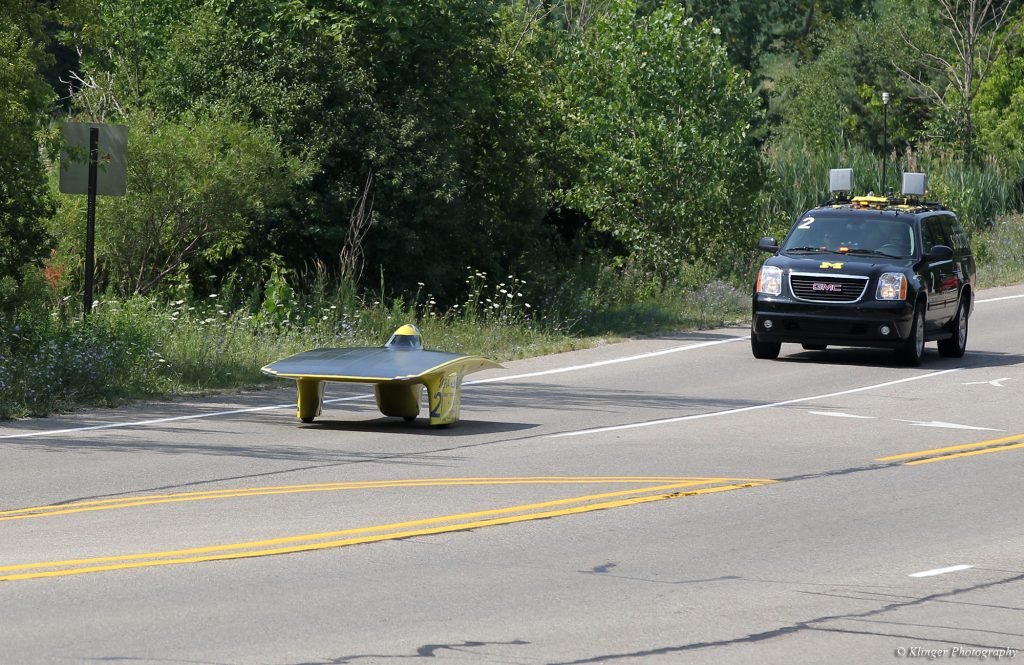 It always has an escort/support vehicle driving with it. 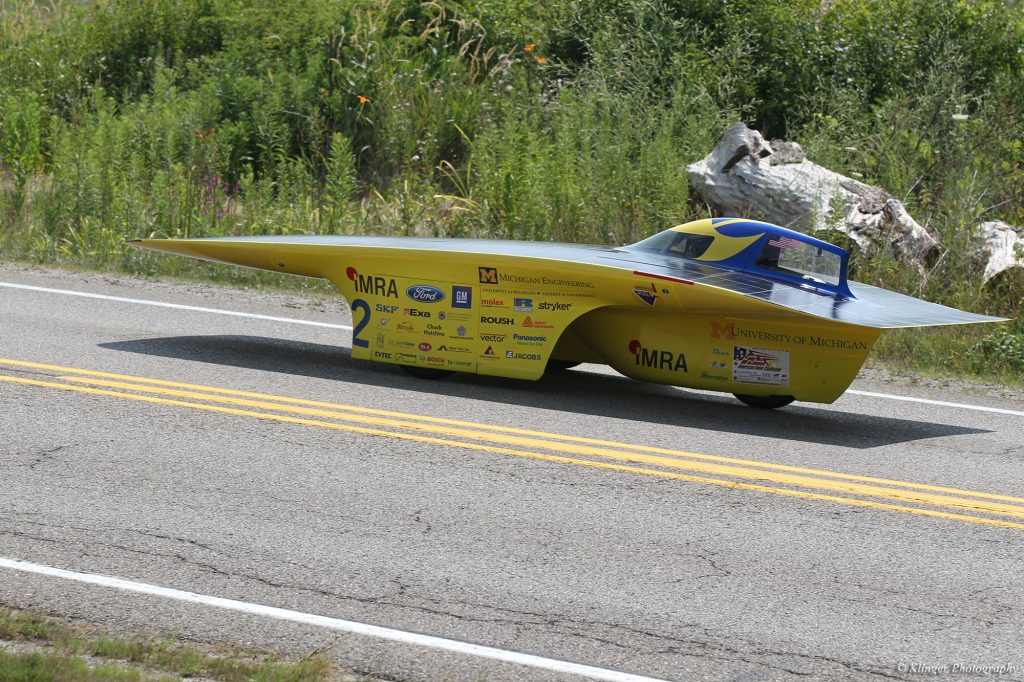 A nice shot of the “helmet” cockpit and all the sponsors. I don’t know the exact amount, but if I recall, the budget for this vehicle is well over a million dollars. 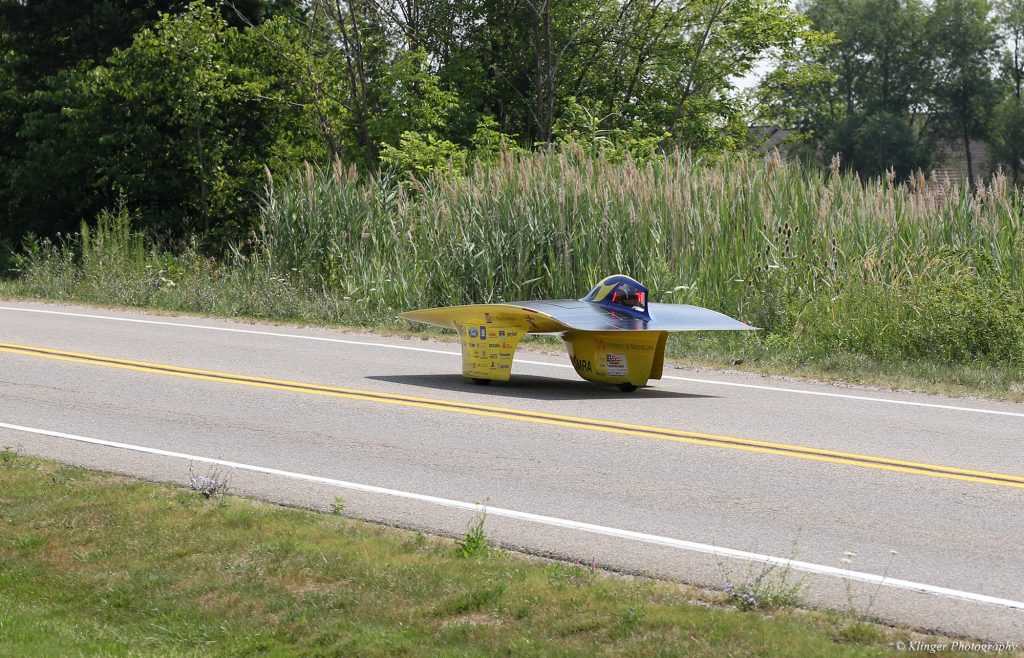 Here it is heading away, and you can actually see the brake lights on as it starts to slow down for the upcoming intersection.

Here is the wiki link for the team if you want to read more about them: